Editorial: The waste chaos in Epirus 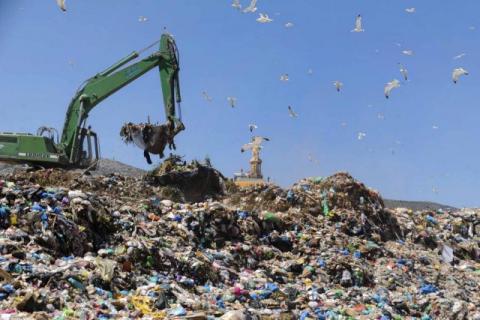 For years Athens and half of Greece have been sinking in garbage because the competent local authorities and large segments of society have either reacted negatively or are indifferent to the need to resolve the problem.

Yesterday the PM visited Epirus and the first waste management plant that was created through a public-private partnership.

By all accounts it is an exemplary facility that solve the problem of waste management in Epirus.

That required the cooperation of local authorities, the state, and local society.The facility was constructed within a year-and-a-half.

It is now recycling thousands of tonnes of garbage, produces green electrical energy, drastically reduces CO2 emissions, and has created new jobs in the region.

It is a simple, environment-friendly solution which all civilised countries have implemented for years, with the exception of Greece where supposed protectors of the environment have supported uncontrolled landfills and refuse to accept the obvious.

Apparently they are more sensitive than the residents of Vienna which in the city centre has built an exemplary waste-burning plant.

Greece prefers to pay millions of euros in fines annually because we refuse to adhere to European regulations and build landfills that pollute the environment.

We prefer as in Corfu to allow a prime tourist area to sink in waste instead of following the decades-old example of our European partners.

After his visit to Epirus the PM pledged that within four years he will solve the problem by marshaling new technologies in a public-private partnership.One hopes that he can achieve this despite the resistance of...