Eni, Total join for another gas search license off Cyprus 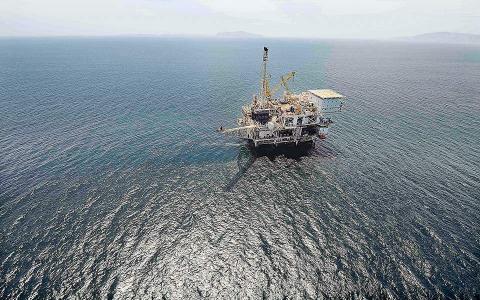 Cyprus' energy minister says a consortium composed of energy companies Total of France and Eni of Italy has been licensed to explore for natural gas deposits in another area off Cyprus' southern coast.

Georgios Lakkotrypis says the two companies have an equal share in a new block into which a gas deposit that Eni discovered in an adjacent block last year is believed to extend.

Lakkotrypis said that Total also gains a share in four of Eni's concessions inside Cyprus' exclusive economic zone. Korea's Kogas is also a partner in three of the four concessions.

With Wednesday's signing, Eni and Total now hold exploration licenses for seven of Cyprus' 13 blocks. ExxonMobil and a partnership between Texas-based Noble Energy, Dutch Shell and Israeli Delek hold a license each. [AP]

France is Expecting its Worst Recession Since World War II