The European Parliament is Discussing Brexit 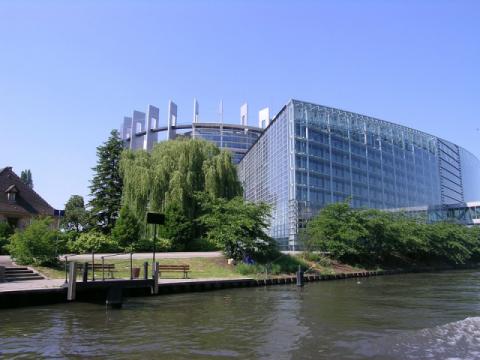 The European Parliament is discussing the current situation around the UK's withdrawal from the European Union. After two and a half years of negotiations - the Brexit scenario remains bargain-free.

31 October - the day on which Britain has to leave the EU already seems so close. The ticking clock - the final handshake seems still impossible.

Just two days after the meeting in Luxembourg between Boris Johnson and Jean-Claude Juncker, the President of the European Commission described the relations between the two negotiating parties as friendly. But he warned that the risk of Britain leaving without a deal was real. These words were met with applause from a group in the room, and Juncker identified them as an agitator. And he insisted once again on reaching an agreement.

The two negotiating parties still cannot understand the safeguard mechanism at the Irish border. Boris Johnson wants it removed. Jean-Claude Juncker invited the UK to make written proposals for alternatives, but there are currently no alternatives.

Jean-Claude Juncker - President of the EC: We can still do something about an arrangement that is still desirable and possible. The main issue is the buffer in Ireland. This buffer aims to avoid the hard border on the island of Ireland, to preserve the integrity of the single market and, above all, Ireland's place on that market. And also to protect North-South cooperation with the island economy.

Michel Barnier - EU chief negotiator for Brexit: Obviously, the British government must provide support to the Northern Irish government in order to guarantee its exit from the EU. This is about involving the various institutions in the implementation of the safeguard mechanism. We...

Sofia in 30th Place in Terms of Rising Property Prices