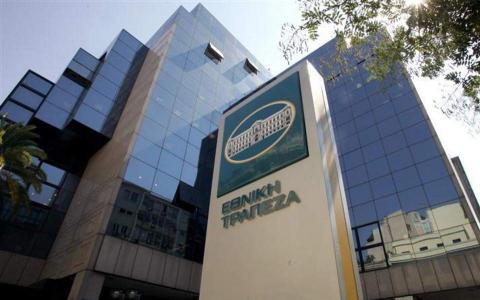 National Bank (NBG) plans to sell four portfolios of non-performing loans this year, bankers close to the process said, as Greece's recovering economy allows its major banks to focus on balance sheet repair after a 10-year debt crisis.
NBG, Greece's second largest lender by assets and 40 percent owned by the country's HFSF bank rescue fund, aims to cut its non-performing exposures (NPEs) ratio to 5 percent by 2022 from 36.5 percent at the end of the second quarter, the bankers told Reuters.
Greece's banks are working to reduce 80 billion euros ($88.5 billion) in bad loans, the legacy of a financial crisis that shrank its economy by a quarter, a crucial step for their ability to lend and their profitability.
"NBG still has about 16 billion euros of NPEs and 9 billion euros in loan-loss provisions to get to its targeted NPE ratio of around 5 percent by 2022," one...