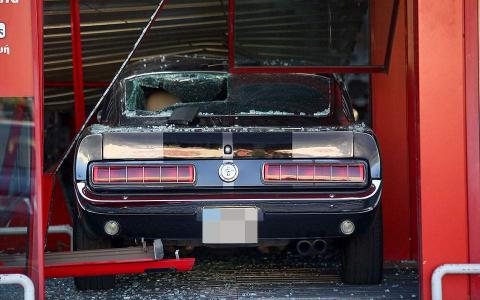 Greek police are investigating an early Wednesday smash-and-grab at an electronics store on Petrou Ralli Street in downtown Athens, where five suspects used a vehicle to ram into the shop front window.
The incident took place around 3.45 a.m. Early reports said the thieves only managed to get away with three Sony PlayStation video game consoles, before police arrived at the scene.
Footage showed that the suspected stolen vehicle, an old Ford Mustang, was left at the scene.

No more details were immediately available.