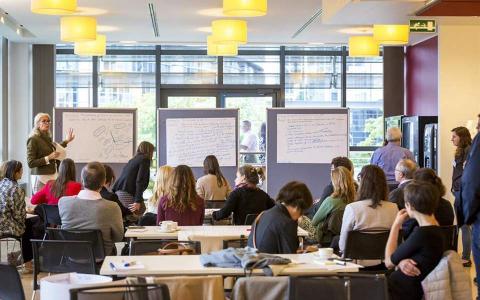 Despite an enduringly high unemployment rate, one in three Greek businesses struggles to fill vacancies, with 11 professions facing particularly intense shortages, according to the Hellenic Federation of Enterprises (SEV).

A SEV report made public Wednesday said that the sectors facing the greatest personnel shortages include IT, food processing and mining, with specialized positions such as software developers, quality managers and supply chain specialists among those most in demand.

According to SEV, more than 240,000 people are already employed in these positions, most of them on full-term contracts, but there is ample room for further growth in the area.

The salaries for most of these jobs, particularly the most specialized, are generally very good and have increased in recent years as the economy has started to recover, the report added.

They told us what we were telling them

Triumph for Olympiakos at PAOK

New plan for reduction of corporate tax deposit to 70 pct

The end is nigh for ‘tekmiria’