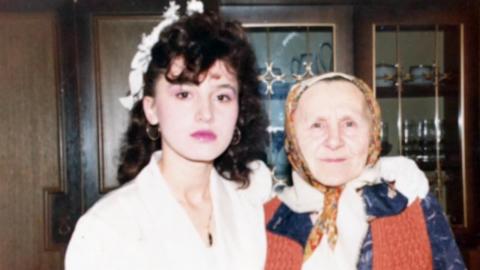 "The mortal remains of my mother and sister could have fitted into two nylon bags. I identified my late mother on the basis of several pieces of a dress that she wore," Buturovic recalled.

During the war, there was fighting around Konjic between all three main forces involved in the conflict - the Bosnian Serb Army, the Bosniak-led Bosnian Army and the Bosnian Croat wartime force, the Croatian Defence Council, as the area was on the border of areas controlled by all three of them.

More than 200 other civilians were killed in Konjic, but no senior officers have yet been brought to justice for their deaths on the basis of command responsibility, and only lower-ranking soldiers have been convicted.

The Bosnian state prosecution said that so far two judgments have been handed down by the state court for crimes against civilians in Konjic, one against members of the Bosnian Serb Army and one against Croatian Defence Council fighters.

On top of that, 17 members of the Bosniak-led Bosnian Army have been convicted of crimes in Konjic, while trials of 13 Bosnian Army ex-soldiers are still ongoing.

However, no extensive indictments against members of the Bosnian Serb Army and the Croatian Defence Council have been filed yet for the shelling of Konjic, although according to lawyers from the area, a series of investigations has been conducted.

Lawyer Nijaz Djuliman, who represents one of the families of a Konjic resident who was killed, said that the case in which he is involved has been with the Bosnian state prosecution since 2005.

"It should be mentioned that the case was registered with the Cantonal Court in Mostar, but nothing was done about it for several years. Later on it was transferred to the state prosecution as a sensitive...