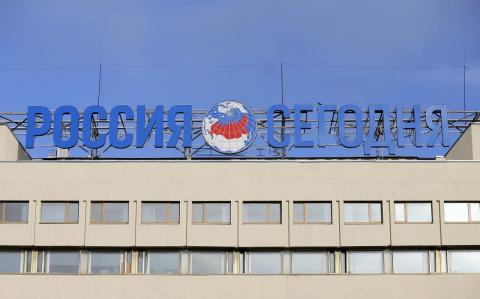 Anti-graft prosecutors in Moldova on Wednesday interrogated Vladimir Novosadiuc, director of Sputnik Moldova, a news agency affiliated to the Kremlin, over a notorious money-laundering scheme.

It comes after a report by the international investigation company Kroll named him and his wife among beneficiaries of the so-called "Grand Theft" of a billion US dollars from the Moldovan banking system during 2012-2014.

His wife, Rita Tvik, is the author of a book, Life and Destiny, a biography of the father of Ilan Shor, the business mogul, politician and convicted mastermind behind the theft. She is also the founder of the Novosti-Moldova News Agency.

In June 2017, courts sentenced Shor to seven-and-a-half years in prison for fraud and money laundering. He remained free pending an appeal, however, and was able to continue his political activities.

He served as mayor of his native town of Orhei and, from February 2019, as a deputy in parliament for his own Ilan Shor Party.

But in June this year, following the fall of the Democratic Party-led regime of Vladimir Plahotniuc, Shor fled to his native Israel. Moldova is now governed by a coalition of the pro-European ACUM bloc and the pro-Russian Socialists.

The director of Sputnik Moldova told RIA Novosti agency that he had nothing to do with the Grand Theft. He admitted only that he and his wife were shareholders in Unibank, one of three banks implicated in the scheme.

"At seven in the morning, I was searched. They found nothing, I went to the prosecutor's office for questioning … I said I was not guilty. I don't feel guilty. I was accused of fraud and money...

Hungary’s Orban in Unlikely Play for Influence in Moldova

Moldova Seeks Plahotniuc’s Extradition From US Over Theft Charges