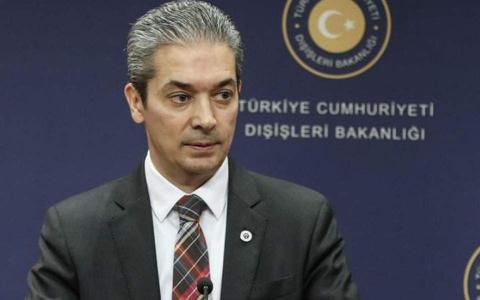 Turkey has condemned Cyprus' announcement on Wednesday that a consortium composed of energy companies Total of France and Eni of Italy was licensed to explore for natural gas deposits in another area off the Mediterranean island's southern coast.
In a statement on Thursday, Turkish Foreign Ministry spokesman Hami Aksoy said the move disregards the rights of Turkish Cypriots on the island, while indicating Nicosia's "failure to understand our determination, despite all our warnings."

"As repeatedly underlined and shared with the international community, a section of the so-called license area number 7 remains within the Turkish continental shelf, which has been registered with the United Nations," he said.

"As has been the case so far, Turkey will in no way allow any foreign country, company or vessel to engage in unauthorized hydrocarbon exploration and...