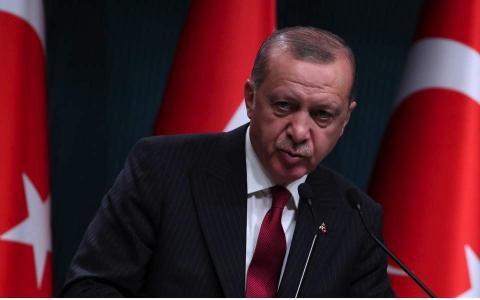 Just days ahead of the United Nations General Assembly in New York, and amid efforts to restart talks to reunite Cyprus, Ankara on Friday reiterated its determination to protect the rights of Turkish Cypriots on the ethnically split island.
"Those who think that the wealth of the island and the region only belongs to them will face the determination of Turkey and Turkish Cypriots," President Recep Tayyip Erdogan said in a recorded message at a conference in Ankara.
He said the country's naval and air forces will ensure that Turkey and the breakaway state continue their drilling activity in the Eastern Mediterranean.
Also Friday, Defense Minister Hulusi Akar said Turkey was as determined to protect the rights of Turkish Cypriots as it was in 1974, referring to the date when Turkish troops invaded the island, which has been divided since then.
"We have a clear...