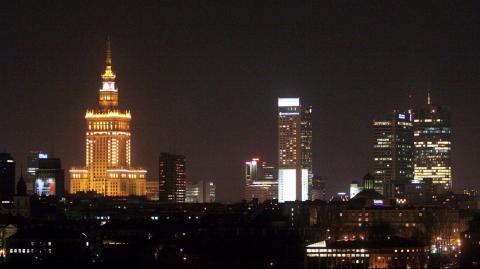 What's up with Polish men?

A survey commissioned by independent media outlet oko.press shows that the biggest fear of Polish young men is… wait for it… the LGBT movement.

The survey of almost 1,000 people asked Poles to select their biggest fears from a list of nine options, which included: climate change, the LGBT movement, Poland exiting the EU, the broken health system, the strengthening of nationalist movements, the demographic crisis and Russia.

The LGBT movement topped the worry list for Polish men aged up to 39, followed by the climate crisis and the country's ageing population.

Women in the same age bracket were most concerned about climate change, followed by the health system crisis, the strengthening of nationalist forces and the thought of Poland exiting the EU.

Men polled by oko.press were also more likely than women to declare themselves "right-wing".

The results echo earlier opinion polls such as one commissioned by Wysokie Obcasy magazine in 2018, which suggested PiS would not have a majority in parliament and the far right would not be in the legislature at all — if women alone voted.

Support for both PiS and the far right is simply higher among men, according to the 2018 poll.

PiS voters are no fools

A different kind of research, this time based on focus groups, paints a picture of Polish voters as cynical players who willingly turn a blind eye to the misdeeds of politicians if it suits their self-interest.

The research, conducted by sociologists Przemyslaw Sadura and Slawomir Sierakowski in the summer of 2019 and published in September, helps to understand why scandals affecting PiS bigwigs in the past year have done little to dent support for the party.

The scandals include the "Twin Towers"...