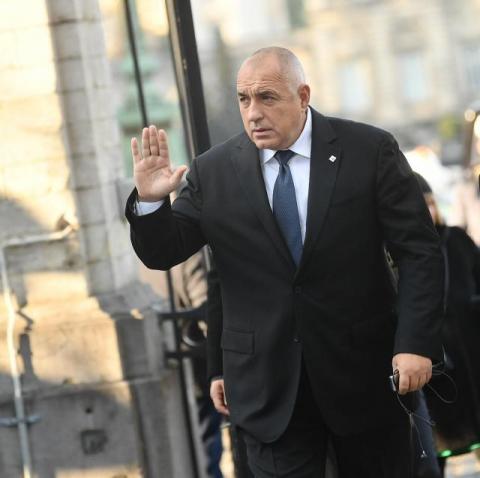 Prime Minister Boyko Borissov met with the Minister of Migration Policy of the Republic of Greece George Koumoutsakos. Prime Minister Borissov stressed that Bulgaria and Greece have traditionally had similar positions on migration and asylum.

"We are ready to continue to work together in defending our common interests as front-line countries," the Prime Minister added, emphasizing the serious work of our country on protecting the European Union's external border.

The Bulgarian Prime Minister noted that Greece is one of the most affected countries in the migration crisis in recent years and there is no way that this will not affect Bulgaria.

,,We appreciate your efforts to tackle this great challenge'', Prime Minister Borisov said, adding that our country is actively involved in activities aimed at supporting our neighbor and coordinated by various European agencies. At the same time, the Bulgarian Prime Minister stressed that he needed active cooperation with Turkey on the topic of migration.

In the course of the conversation, Prime Minister Boyko Borissov said that our interaction with Greece in the sphere of internal affairs is at a very high level.

"We work together to tackle cross-border crime, illegal migration, trafficking in human beings, smuggling of goods. We apply the best European and Schengen practices'', the Bulgarian Prime Minister added.

Prime Minister Borissov paid special attention to regional cooperation and support for the European perspective of the Western Balkans.

According to the Bulgarian Prime Minister, this joint priority will benefit from even closer coordination at the bilateral level, within the EU and NATO and at regional level.