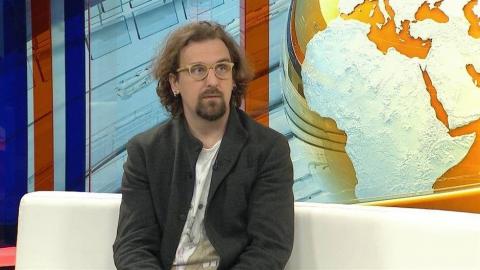 Damir Marjanovic, a member of the Sarajevo Canton parliament from the liberal, multi-ethnic Nasa Stranka (Our Party), told BIRN that he has filed the proposal for new legislation to the Cantonal Assembly because there is a real need for a clear and precise law that will enable people to be sanctioned for hate speech.

"With this law, we want to define and prohibit hate speech targeted against a group of people or member of a group on the basis of their racial, religious, national or ethnic affiliation, origin, skin colour, gender, sexual orientation, gender identity or other characteristics, including but not limited to people with disabilities and disadvantaged children," said Marjanovic.

Existing state-level laws ban ethnic, racial and religious discrimination, incitement to discrimination, and discrimination on the basis of gender and sexual orientation. But Marjanovic argued that they do not sanction hate speech.

"Taking into consideration the atmosphere in our society and the often irresponsible, unethical and inappropriate behaviour in public spaces, whereby a large number of our fellow citizens are insulted with impunity, we consider the time has come to prevent that, but also sanction it as needs be by passing a law like this one," he said.

His draft law says that people who misuse their position to spread hate speech, causing disorder and violence, can be punished with up to eight years in prison.

Marjanovic said that a similar law will also be proposed to parliament in the country's Bosniak- and Croat-dominated Federation entity soon.

The OSCE mission to Bosnia and Herzegovina recorded a total of 113 suspected hate crimes in the country in 2018, and 173 in 2017. The incidents included graffiti, verbal insults, physical...