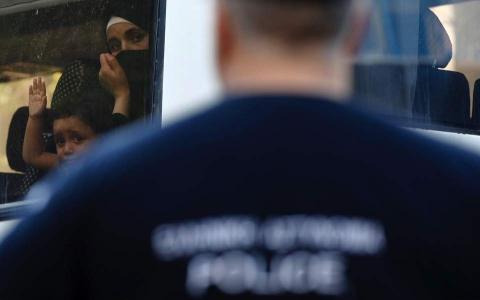 The government's drive to crack down on lawlessness in central Athens continued Thursday with two raids on occupied buildings which led to the eviction and relocation of scores of migrants.
Officers carried out predawn raids on two buildings on Acharnon Street, including a former school, moving out 269 migrants - including 98 children. By late last night more than 200 of the migrants had been moved to a reception facility in Corinth.
The majority of the people moved from the squats are Syrians who have lodged applications for asylum. (One Syrian man was arrested after officers determined that an arrest warrant for rape of a minor was pending against him.) There were also migrants from Afghanistan, Iraq, Iran, Congo, Yemen and Morocco in the squats.
Both buildings had been under occupation since 2016. One of the buildings, the Tositseia School, belongs to the Society...