Questions about identity of man arrested over 1985 hijacking 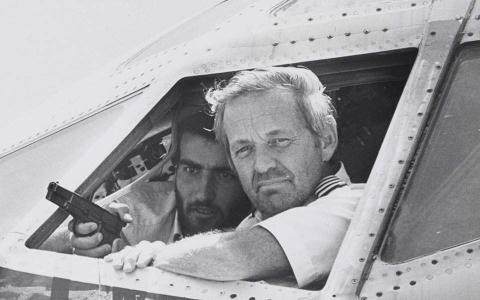 Greek police said Saturday they have arrested a suspect in the 1985 hijacking of a flight from Athens that became a multi-day ordeal and included the slaying of an American.

Police said a 65-year-old suspect in the hijacking was arrested Thursday on the island of Mykonos in response to a warrant from Germany.

Lt. Col. Theodoros Chronopoulos, a police spokesman, told The Associated Press that the hijacking case involved TWA Flight 847. The flight was commandeered by hijackers shortly after taking off from Athens on June 14, 1985. It originated in Cairo and had San Diego set as a final destination, with stops scheduled in Athens, Rome, Boston and Los Angeles.

The hijackers shot and killed U.S. Navy diver Robert Stethem, 23, after beating him unconscious. They released the other 146 passengers and crew members on the plane during an ordeal that included stops in...