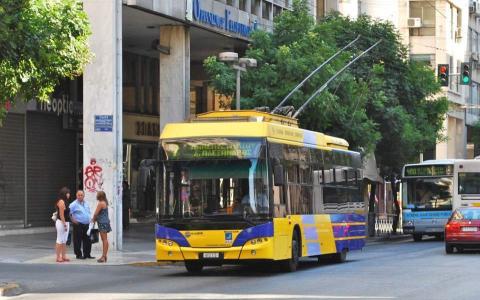 There will be no services on the Kifissia-Piraeus urban electric railway (ISAP) or the capital's trolley buses on Tuesday, as staff are to join a 24-hour strike in protest at the provisions of the government's growth bill.
Workers on other forms of public transport, including buses, the tram and the Athens metro, are also expected to stage work stoppages.
Ferries will be moored in ports around the country on the same day - from 6 a.m. on Tuesday until 6 a.m. on Wednesday - as seamen also protest the reforms which they believe will compromise workers' rights.
Moreover, TrainOSE staff are expected to hold a 24-hour strike from midnight on Thursday until midnight on Friday which will lead to rail service cancellations.