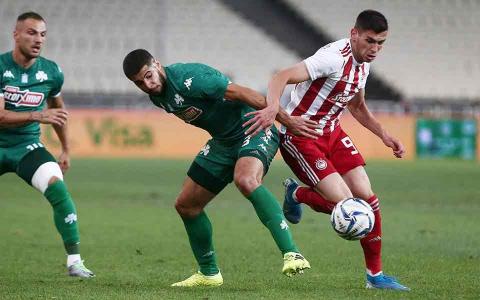 PAOK and Olympiakos dropped their first points this season, in their local derbies, with PAOK leaving it very late to avoid a home loss to Aris and Olympiakos conceding a late equalizer at the Derby of Eternal Rivals on Sunday to draw with host Panathinaikos.

The 1-1 draw at the Olympic Stadium between the Greens and the Reds was a fair result and was probably the first time Panathinaikos performed well this season against a rather tired Olympiakos, four days after the Piraeus team drew with Tottenham in the Champions League.

The Reds edged ahead with Miguel Angel Guerrero on the 36th minute in a very quiet first half, as the Spaniard shot unmarked after a Costas Tsimikas cross.

Panathinaikos earned a penalty on the hour mark, Federico Macheda took it, but keeper Jose Sa dived and saved it. The assistant referee flagged the Portuguese for allegedly moving early...