In Slovakia, Green Hopes Spring from a New Crop of Leaders 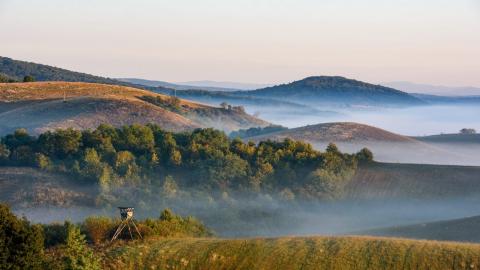 "It's evident that environmental issues resonate with society and political parties are forced to address them," said Radek Kubala, a campaign coordinator for Greenpeace Slovakia.

To see the pace of change, consider two recent events.

Last November, police detained 12 Greenpeace activists for five days for protesting peacefully against coal mining and fossil fuels in the mining town of Novaky in western Slovakia — a response condemned by many as heavy-handed.

To prove her commitment to the green cause, she hired Juraj Rizman, former director of Greenpeace Slovakia, as one of her advisors.

"It's a unique historical opportunity," Rizman told BIRN, adding that he saw his appointment as a chance to make Slovak environmentalism less symbolic and more practical.

In EU elections in May, Slovakia sent two environmental experts to the European Parliament: Michal Wieczik and Martin Hojsik, both from a coalition of two new liberal parties, Together - Civic Democracy and Progressive Slovakia (SPOLU/SP).

They won their seats despite occupying lower positions on the candidate list and advocating a robust agenda for green politics at the national and European level.

"It turns out that these topics were missing in Slovakia," said Hojsik from Progresive Slovakia. "We were missing a voice that there's only one planet and we need to protect it."

Both parties in the SPOLU/SP coalition count environmental protection as a campaign priority for next year's parliamentary election, to be held at the end of February.