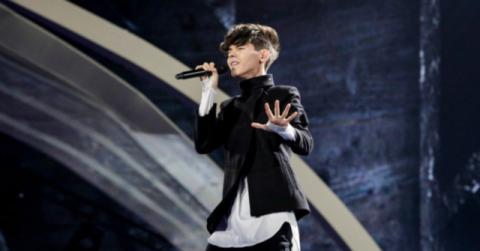 Bulgaria ranks 8th in the ranking of the most successful countries of the Eurovision Song Contest for the last 10 years. This became clear by the official ranking, which includes all 46 countries that have participated in the prestigious music competition since 2010. The result is based on points earned in the show's ten major finals - from the one in Düsseldorf in 2010 to the final in Tel Aviv in 2019. Sweden ranks first, where the competition is at the heart of the creative industry, which has a significant share of the country's GDP.

The second place is for Italy, and Russia, Azerbaijan, Ukraine, the Netherlands, Australia and Bulgaria are also among to the top 8. Bulgaria's eighth place is extremely impressive because our the country actually had only three finals this decade - Christian Kostov's second place in Kyiv in 2017 with the song "Beautiful Mess", Poli Genova's fourth place in 2016 with "If Love Was A Crime" in Stockholm and the 14th place of the Equinox Group in Lisbon in 2018. In the period 2016 to 2018, BNT is in fact the most successful television in the competition and Bulgarian songs earn the most points, ahead of TVs with major music industries such as Sweden, Russia, the Netherlands, Italy, Germany and the United Kingdom.

This year's 65th edition of the competition will be held in the Dutch city of Rotterdam. The Grand Final of Eurovision 2020 is on May 16 at the Rotterdam Ahoy Hall and the first and second semi-finals are on May 12 and 14.