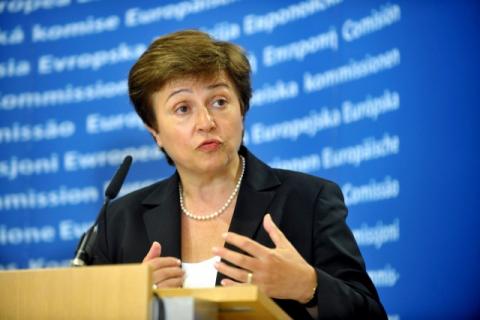 ,,Kristalina Georgieva has a long and successful track record at the IMF and the World Bank. It's about a talented and persistent person.'' This was stated by the financier Emil Harsev in the BNT Morning Bloc. This is not Bulgaria's application for this position, it is supported by all EU Member States, based on its personal qualities. This was commented on by Milen Keremedchiev, former Minister of Foreign Affairs and Economy.

Kristalina Georgieva is the only candidate for the post of Managing Director of the IMF.

Harsev also said that the US has traditionally led the World Bank, Western Europe has headed the IMF. He expects a consensus this time as well.

Kristalina Georgieva's candidacy has created less tension in the negotiations between European leaders amid the formation of the new European Commission and Parliament.

Emil Harsev said she expects Georgieva's extremely successful term as she knows the problems in the regions where the IMF will concentrate its work - Latin America, Argentina, Ukraine and the countries of the periphery of the former Soviet Union.