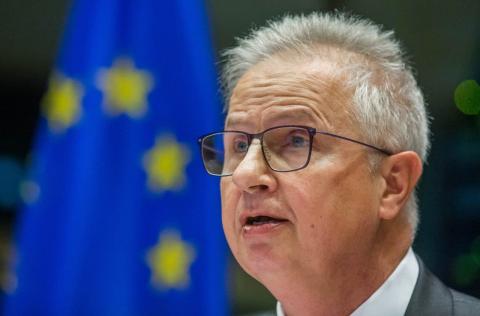 Hungarian officials reacted with shock on Thursday after Laszlo Trocsanyi, the Hungarian candidate for the Enlargement and Neighbourhood Policy post in the European Commission, was deemed unfit to serve as a Commissioner by the Legal Affairs Committee of the European Parliament, JURI.

The committee voted against Trocsanyi by a margin of 11 against and nine in favour. Two MEPs abstained.

In a written statement he shared on Twitter after the veto, Trocsanyi called it "a political decision, lacking any factual basis", and said he intended to take legal steps. Jozsef Szajer, head of the ruling Fidesz party delegation to the European Parliament, said the rejection was a sign of a witch hunt against Hungary.

The Budapest government was clearly caught by surprise by the Legal Committee's decision. However, the opposition Momentum party announced on social media that it was evident that Trocsanyi had lied to the committee when he said he had no assets in his law firm in the last 10 years.

Hungary was not the only country left smarting after Thursday's hearing on possible conflicts of interest, involving three other proposed candidates for the post of commissioners, from Romania, Poland and Austria. Romania's Rovana Plumb was also rejected. The other two passed the grade.

The nomination of Trocsanyi, a former minister of justice under Orban, for the sensitive enlargement post, immediately met reservations and criticism earlier this month.

Serious questions were posed over his suitability for the job, regarding claims that he helped to undermine the rule of law in his native country.

Romanian MEP and former minister Plumb was rejected after the JURI found discrepancies with past financial declarations she made in Romania, over a...