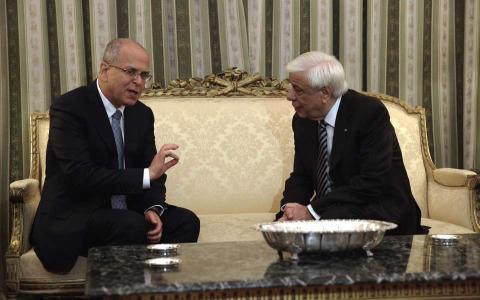 The incoming Ambassador of Israel to Greece, Yossi Amrani, has presented his credentials to Greek President Prokopis Pavlopoulos.
Upon presenting his credentials at the presidential mansion on Thursday, Amrani underscored the nascent partnership between Greece and Israel and vowed to further cultivate ties between the two Mediterranean neighbors which he described "as anchors of stability and prosperity."
Amrani will be replacing Irit Ben-Abba who has returned to Israel after completing a five-year term in Athens.