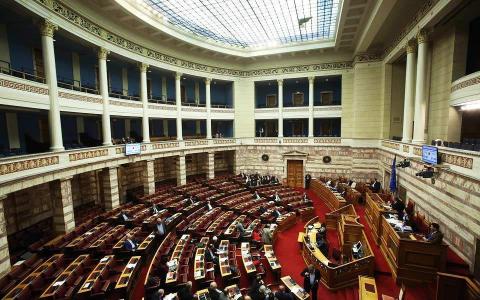 Thirty lawmakers - the number required by law - submitted on Thursday a proposal to set up a special Parliament committee to probe the handling by former justice minister Dimitris Papangelopoulos of the alleged bribery scandal involving prominent politicians and the Novartis pharmaceutical company.
The committee will investigate accusations that Papangelopoulos intervened in the judicial inquiry to incriminate SYRIZA's political rivals.The case file on the former minister will state the charges against him, which are abuse of power and breach of duty.

The proposal will then have to be discussed within 22 days from its submission to Parliament, which means it will be debated by October 20, at the latest.

After the debate is held, lawmakers will vote on whether to form a committee of inquiry. If accepted, the House will have to select its members and decide on the...