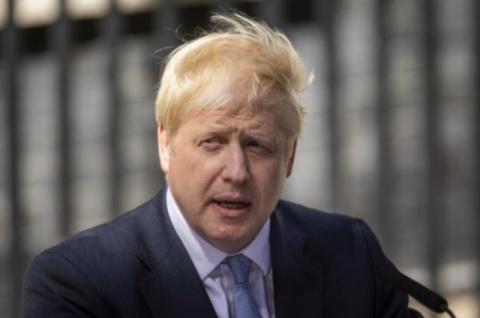 British Prime Minister Boris Johnson has been accused in a conflict of interest when he was mayor of London. It is about his acquaintance with a business lady who is alleged to have received funding from the state. The case could lead to a criminal investigation into the prime minister, BTA reported.

Jennifer Arcuri, a former business-oriented American model, received a total of 126,000 pounds (141,000 euros) of state funding and privileged inclusion in official trade delegations through her ties with Johnson. The British prime minister was mayor of London from 2008 to 2016.

Johnson has been referred to the Independent Office for Police Conduct (IOPC), which investigates complaints of misconduct connected to police in England and Wales.

The matter has been sent to the IOPC because, as mayor, Johnson was also the head of the Mayor's Office for Policing and Crime, a role equivalent to police and crime commissioner for the capital, The Guardian reported.

Thanks to her friendship with Johnson, Jennifer Arcuri seemed to be able to participate in trade delegations and benefit from sponsorship contracts that she and her companies would not otherwise be able to benefit from. It is a sponsorship deal of 2013 worth 10,000 pounds (11,200 euros) and another one in 2014 of 1,500 pounds (1,700 euros) in favour of Innotech, a Jennifer Arcury company. It also had access to events in Singapore, Malaysia and New York.

In 2014, the business lady also received £ 15,000 (£ 17,000) of government funding as part of a program to encourage overseas entrepreneurs to start businesses in the United Kingdom. This year, however, she was able to raise 100,000 pounds (112,000 euros) from funds aimed at British companies, although she has relocated to the United...