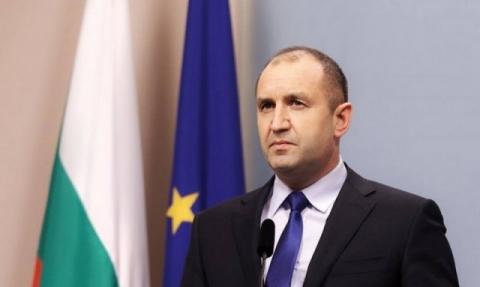 Bulgaria supports the European perspective of Northern Macedonia, but our country must immediately develop a new position in which to link support for European Union membership to resolving controversial issues between Sofia and Skopje related to our common history. This is the result of a presidential consultation meeting. At the initiative of Rumen Radev of "Dondukov" 2, he discussed the topic with Prime Minister Boyko Borissov, cabinet ministers and MPs.

At the summit, Bulgarian-Macedonian relations were discussed with a view to the work of the Joint Expert Committee, which discusses controversial topics related to our common history. The meeting is also weeks ahead of the expected invitation to Skopje to begin EU accession talks.

The participants of the meeting agreed that the government should develop a new position in which it would strongly protect the Bulgarian national interest and link the support for EU membership with resolving the controversial issues between Sofia and Skopje. They also insist that EU membership talks with Northern Macedonia and Albania must go together.

Boyko Borissov - Prime Minister: Let's not continue this fratricidal war on the part of Skopje's propaganda, because we have no closer people. If we stopped them for accessing the European Union, it would then be recorded in the history that after all 27 countries supported them, Bulgaria was on their way. It is extremely important for them to be accepted into the European Union, however, it is crucial for them to understand that it depends on them.

Ekaterina Zaharieva - Deputy Prime Minister: Bulgaria has always supported the European perspective of the countries of the Western...