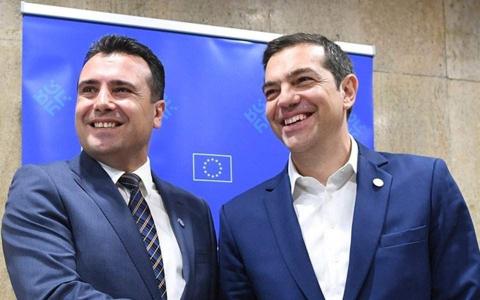 North Macedonia's Premier Zoran Zaev and SYRIZA leader Alexis Tsipras called on the European Union to set a date for the start of EU accession talks in October, during a meeting in Skopje on Monday afternoon.

Zaev and Tsipras said the two countries overcame nationalism and political introversion through the signing of the Prespes name deal in 2018 (when Tsipras was prime minister) and "it is time for the EU to do the same, giving a green light for the start of accession negotiations for Northern Macedonia," according to state-run news agency ANA-MPA.