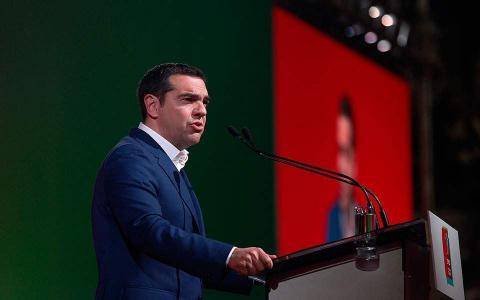 In an op-ed article in the Financial Times, the country's main opposition leader said the European Council's decision "will show whether the bloc can be as courageous as the young, dynamic Balkan country that is knocking on its door."

"The choice will be whether to anchor North Macedonia and the western Balkans firmly to the EU, or risk plunging them into a new crisis and giving the signal that painful reforms are not rewarded," said Tsipras under whose leadership Greece last year signed the Prespes accord that unblocked the Balkan neighbor's EU and NATO bids.

"The EU has an opportunity to prove it is a confident force for peace and economic growth. A decision to start accession talks would be a strong response to the forces...