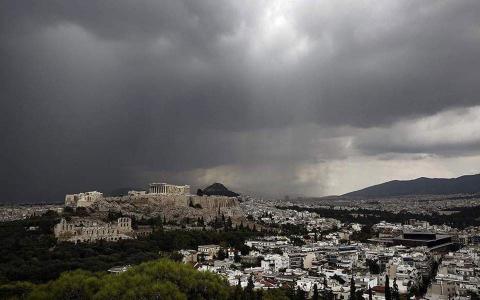 Greece's national weather service, EMY, issued a storm warning on Sunday, saying that strong downpours with lighting and the possibility of hail would be affecting many parts of the country on Monday and Tuesday.

EMY said that central Macedonia, Thessaly and the islands of the Sporades will be the first to be hit in the early hours of Monday, followed by the islands of the Ionian, Epirus, the western and eastern mainland, the Peloponnese and Evia later in the day, as storms spread.

Athens is also in for a dousing, with moderate midday showers turning into downpours with lighting later on Monday. Tuesday is also expected to be cloudy with the occasional burst of rain, according to forecasts.

The islands of the Cyclades, the eastern Aegean and the Dodecanese are also expected to be affected on Monday, starting in the afternoon and persisting through Tuesday, when...