Croatia Appeals for Search For Missing Sailors to Continue 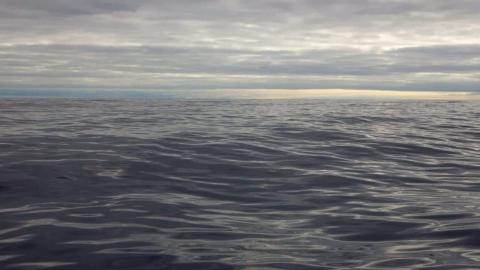 People from the Croatian coastal town of Sibenik have launched a petition calling on the French authorities to continue the search for the missing crew members of the Bourbon Rhode, which sank on September 26 in the Atlantic, among whom is their fellow citizen, Croatian Captain Dino Miskic.

The petition, which now counts 35,000 signatures, came after the French Regional Operational Centre for Surveillance and Rescue, CROSS, last Friday said the search for the missing crew had been suspended. The number of signatures continues to grow.

The ship with its 14-member crew sank near the French Caribbean island of Martinique. Search operations since September 26 by CROSS and the French Navy found only three survivors, as well as four bodies. Seven other crew members are still missing.

After 110,000 square kilometres of the sea were searched, the operation was suspended because it was deemed unlikely that further searches would produce results. All merchant ships passing through the area have been instructed to monitor and report any useful information.

Croatian President Kolinda Grabar-Kitarovic has asked her French counterpart, Emanuel Macron, to ensure a review of the decision to suspend the search, as long as there is even a slim chance of finding other survivors.

Marijana Kedzo Miskic, Miskic's wife, has also sent an open letter to the Croatian Minister of Foreign and European Affairs, Gordan Grlic Radman, asking him to help with his influence.

"My family and I cannot and do not want to accept it [the suspension of the search] especially since we are...