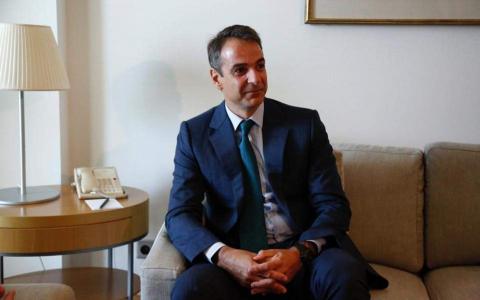 Greek Prime Minister Kyriakos Mitsotakis will be traveling to Cairo on Monday to attend the seventh tripartite summit between Greece, Egypt and Cyprus, which will take place the following day.

As part of talks with Egyptian President Abdel Fattah El-Sisi and Cyprus' Nicos Anastasiades, Mitsotakis will be signing a tripartite as well as bilateral agreements on investment cooperation, but also to stress the importance of cooperation between neighbors as a cornerstone of stability in the Eastern Mediterranean.

The Greek prime minister is expected to hail the tripartite partnership with Egypt and Greece as a model for other agreements between states in the areas of investments, energy and culture, while further calling for a restart to Cyprus reunification talks.

Mitsotakis will also be meeting with representatives of the Greek community of Cairo, while his trip...