Bulgaria Ranks Fifth in the EU for Waste Generation 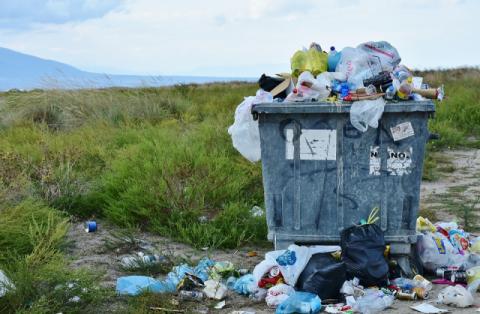 The latest European Community statistics on trash generated in the community is from 2016. Eurostat will submit a new analysis in November. By 2016, the total waste generated by the Union from all economic activities and households amounts to 2 538 million tonnes.

Logically, the total amount of waste generated is to a certain extent related to the size of the population of a country and the development of its economy. According to statistics, the smallest Member States of the Community report the lowest levels of waste production and the larger ones - the highest. Nevertheless, relatively large quantities of garbage are generated in Bulgaria and Romania compared to the developed economic and demographic Italy, for example.

The least waste is generated by the Republic of Northern Macedonia, although it is not a member state - only about 688 kilograms per person per year.

Various economic activities also generate certain parts of the total mass of waste, with construction generating 36.4% of it, followed by quarrying from quarrying - 25.3%, production - 10.3%, waste and water treatment services - 10%. Household waste generates only 8.5% of all in the EU, and the remnants of other economic activities such as services and energy production supplement the total EU-generated waste.