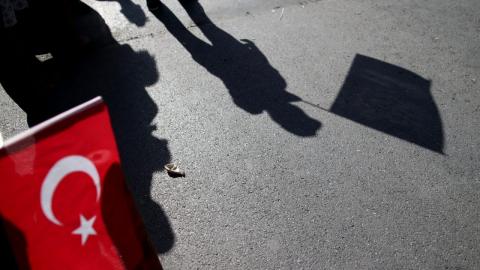 Montenegro's Appeal Court has told a local court in the country to make a new ruling on a Turkish extradition request for Gulenist movement member Harun Ayvaz, who is wanted in his home country for alleged terrorism offences.

The Podgorica-based Appeal Court partially accepted an appeal from a lawyer for Ayvaz, who is currently in detention in Montenegro, and overturned the local court's previous decision which said that he should be extradited to Turkey.

The Appeal Court said in its decision on October 7, which has been obtained by BIRN, that a warrant for Ayvaz's arrest was issued on September 6 by a Turkish court which said that the Turkish citizen is suspected of the "criminal act of membership of an armed terrorist group".

Since then, Ayvaz has been in prison in Bijelo Polje, a town in northern Montenegro, while waiting for his fate to be resolved.

Ayvaz was a member of Gulen's movement and previously worked as an administrator in a student dormitory which was linked with the exiled cleric's organisation in the Turkish city of Tekirdag.

Ayvaz's lawyer, Radojica Djurovic, told BIRN that he has alerted the EU delegation in Montenegro about the case, which has previously not been reported by media.

"If Montenegro aims to be an EU member, it should align its judicial practice with the EU's and not violate human rights," Djurovic said.

He insisted that Turkey has not provided sufficient proof to substantiate its accusations against Ayvaz.

Djurovic confirmed that Ayvaz applied for asylum in Montenegro last week, and said that an additional problem is communication with Ayvaz because, he claimed, there is a lack of Turkish translators in Montenegro.

Ayvaz and his family fled to Kyrgyzstan in Central Asia after...