Astronauts Created Meat On Board the ISS 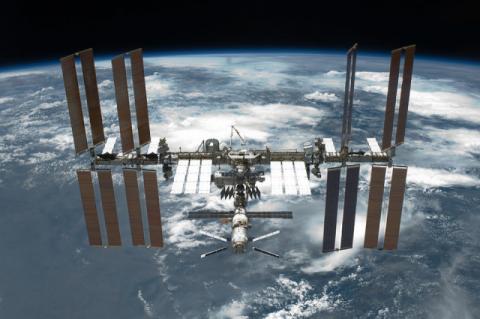 Astronauts having a roast on their menu is getting closer, after a successful experiment. A 3D printer creates meat aboard the International Space Station (ISS). The bioprinter produces beef, rabbit and fish tissue using magnetic fields in microgravity, said the Russian medical technology company involved in the experiment.

The experiment - an international collaboration involving US, Russian and Israeli companies - was conducted in September by astronaut Oleg Skripochka in the Russian segment of the station using a 3D printer developed in Moscow.

The creators say that for the first time a small amount of artificial meat is being created in a weightless environment. "It's one small bite for man, one giant bite for mankind," said spokesman of 3D Bioprint Solutions, the Russian lab that created the bioprinter. The lab was founded by Invitro, a large Russian private medical company.

The space agency Roscosmos partially finances the experiment because it is of national importance. "It was a real breakthrough for both Roscosmos and Russia in general," the executive director of the state space corporation, which includes Roscosmos said.

"For us, this was the first attempt at international scientific cooperation in space," using cells provided by Israeli and US food companies, the spokesman of 3D Bioprint Solutions said. "Thank goodness the experiment went well ... All cells showed good results in space," he added.

"We are showing that we can produce food without the reliance on local land and water resources," Aleph Farms spokesperson Yoav Reisler told CNET. Reisler said the company is looking to combat food waste and provide nutritional resources to people in need.

Astronauts eat meat which was vacuumed or dried on the Earth,...

US says it will coordinate with Turkey in Idlib