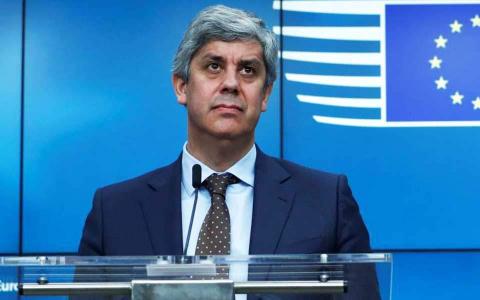 The euro zone economy needs more spending from countries that have money to invest, euro zone finance ministers said on Wednesday ahead of a meeting at which they will discuss the slowing growth in the euro one economy.

The chairman of the 19 ministers representing eurozone countries, Mario Centeno, said that fiscal policy in the single currency area should respond to the economic situation.

"The fiscal stance must play together with the economic conditions of the eurozone," Centeno told reports on entering the meeting Luxembourg said.

"We need to look carefully for those who have fiscal space to act and those who don't, [so that they] continue to reduce their debt," he said.

Italy's finance minister Roberto Gualtieri, which has the second highest debt in Europe after Greece in relation to GDP, also called for more effort from cash-rich countries like...

Eurostat: Since 2007 Rents up by 21%, House Prices by 19%
ForMin Aurescu: We are witnessing unprecedented increase in anti-Semitism, Holocaust denial

Journeys of an urban traveler

Asselborn: Other EU countries should take 4,000 child migrants from Greece

Eurobarometer Survey: 60% of Bulgarians Have Trust in the EU

1.1 Billion Passengers Travelled by Air in the European Union for 2018

Half of Cypriots proclaim themselves cybercrime-proof

A memorandum for soccer