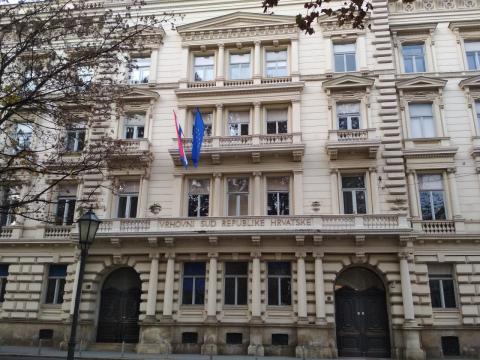 Media reported that the men, both former members of the 'Lucko' anti-terrorist police unit, were cleared because of a lack of evidence.

The Supreme Court has yet to publicly announce the decision, which was delivered on September 19.

During the trial, it was established that Drljo's and Krajina's superiors from the Lucko unit had tried to cover up the killings.

"The Lucko anti-terrorist police unit chain of command… failed to take the necessary steps to detect the immediate perpetrators in a timely manner," Vecernji list newspaper quoted the Supreme Court verdict as saying.

According to Vecernji list, the court noted that there was a firm vow of silence among members of the Lucko unit, some of whom made false reports about the operation in which the victims were killed.

The court also criticised the role of state institutions, noting that the first witnesses were questioned 15 years or more after the crime, although "members of the international community reported [the crimes] to the Croatian authorities immediately after the incident".

Drljo and Krajina were initially acquitted by Zagreb County Court in June 2014.

Although county court judge Zdravko Majerovic said that "it is indisputable that six elderly people were killed and that these killings were committed by members of the Lucko anti-terrorist unit", the judges decided that...