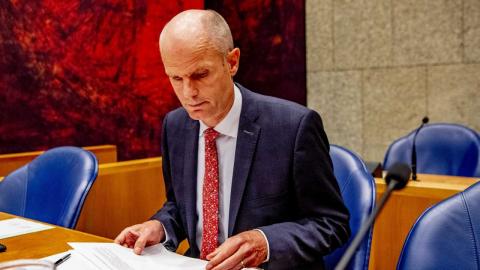 Parliament in The Netherlands, one of the most sceptical countries on EU enlargement, on Tuesday supported opening accession talks with North Macedonia but sounded a much more critical tone on Albania.

Dutch MPs clarified their position just a week before a key European Council meeting on October 17-18, when EU countries should take a final decision on whether membership talks should begin with the two Balkan countries.

The session of the parliamentary committee on EU issues, held on the initiative of Foreign Minister Stef Blok, agreed that North Macedonia had taken many positive steps in the last few years.

Although MPs said North Macedonia had not completed the task of passing a new law on the prosecution, which should determine the fate of many high-level corruption cases instigated by the country's Special Prosecution, they did not make this a condition for proceeding towards talks.

Minister Blok argued that the country's failure to adopt this law was mainly down to the opposition parties, not the government.

A minority of MPs wanted to deprive both countries of a start date for talks. The far-left Socialists and far-right Party for Freedom, PVV, justified this demand on the grounds of the so-called "Extortion" scandal in North Macedonia, which has entangled the former chief special prosecutor as a suspect in an extortion case.

On Albania, most Dutch legislators opposed giving the country a start date, citing two main preconditions that the country must first fulfill - reforming judicial structures to deal with corruption and organised crime and improving its track record in the fight against them.

Some parties, like the greens, favoured following the earlier decision of the German parliament, the Bundestag, which last...