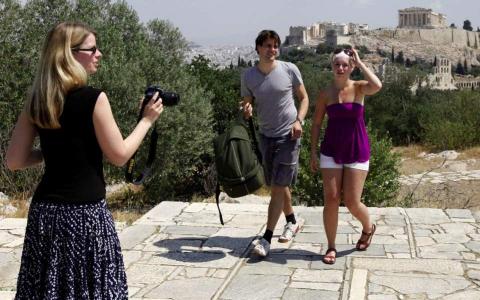 Visitors are spending less time but more money in Greece, according to new data from the Institute of the Greek Tourism Confederation (INSETE) concerning the 2016-18 period, which also suggested that the sector is heavily dependent on five markets.

Foreign visitors' average stays shrank 1.8 percent in those three years to seven-and-a-half days per trip, but expenditure per visitor rose 1.1 percent to 519.6 euros by 2018, and average daily spending grew 3 percent to 69 euros.

In the same three-year period, incoming tourism registered a 21 percent jump in arrivals, while overnight stays increased 19 percent and revenues leapt 23 percent, according to data from the Bank of Greece and other sources processed by INSETE.

However, Greece is particularly dependent on the German, British, French, US and Italian markets, which in the last three years accounted for 40...