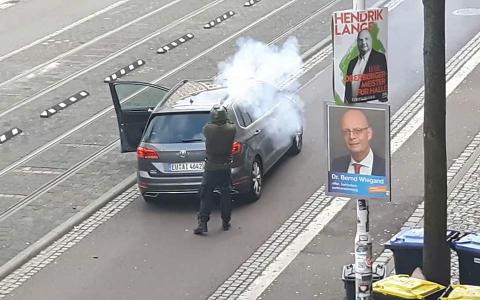 Greece has condemned an anti-Semitic attack in which two people were killed in the eastern German city of Halle.
"Deeply shocked by the atrocious attack in the Halle synagogue, Germany. There is no place for antisemitism in Europe," the Foreign Ministry said in a tweet on Thursday.
"We express our full solidarity to the German people and government and the country's Jewish community. Sincere condolences to the bereaved families," it added.
A gunman who denounced Jews on Wednesday opened fire outside a synagogue on Yom Kippur, the holiest day of the Jewish year, and killed two people as he livestreamed his attack.