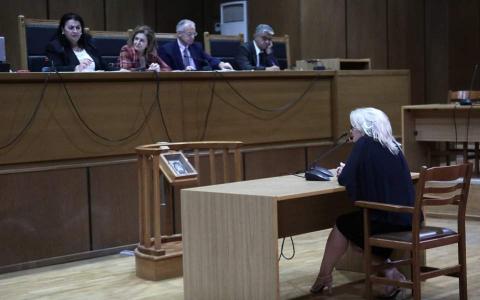 The trial of neo-Nazi Golden Dawn continued on Wednesday with testimony by Eleni Zaroulia, the wife of party leader Nikos Michaloliakos, contradicting claims by a defense witness regarding developments on the night after leftist rapper Pavlos Fyssas was killed by a member of GD in September 2013.
According to Zaroulia, she and Michaloliakos were informed about the killing the day after.

However, Aris Spinos, a defense witness for Michaloliakos, told the court last May that the GD leader had been desperately making calls a few hours after the killing in an attempt to determine what had happened.