Decisions on Greece could have been ‘quicker, more democratic,’ says Moscovici 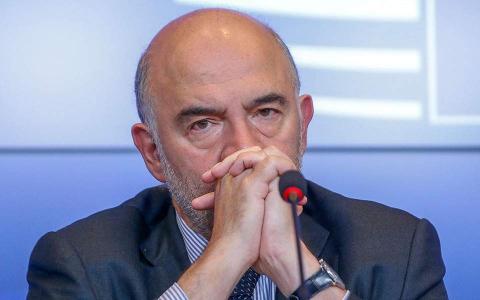 Outgoing European Commissioner for Economic and Financial Affairs Pierre Moscovici on Thursday admitted that decisions reached by the Eurogroup with regard to Greece over the course of the crisis could have been "quicker and more democratic."

In introductory remarks to the press following the last meeting of eurozone finance ministers he will attend after seven years of overseeing Commission economic policy, Moscovici likened the negotiations over Greece in the summers of 2012 and 2015 as "grazing the abyss," saying that preventing a Greek exit for the eurozone was one of the "proudest" accomplishments he was a part of.

From 2012 when he took over the portfolio and until Wednesday's meeting, the former French finance minister said he has participated in more than 80 Eurogroup meetings and worked with three presidents.

"Some were very long, others were rather...