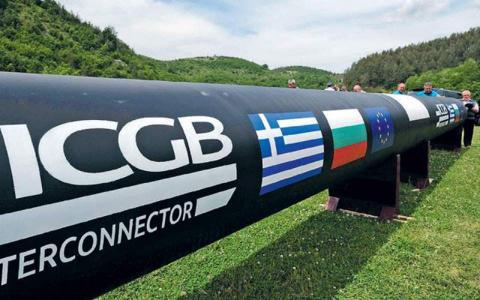 The European Investment Bank agreed on Thursday a 110 million euros ($121 million) loan for the construction of a 182-km gas pipeline linking Bulgaria with Greece that will end Sofia's complete dependence on Russian gas and help diversify supplies in southeastern Europe.
Bulgaria, which currently gets all of its gas needs from Russia, hopes the pipeline with an annual capacity of 3 billion of cubic metres will be in operation by the end of 2020 and will transport mainly Azeri gas to the Balkan country, after linking with the TAP pipeline in Greece.
The project company for the 240 million euros pipeline, ICGB, also signed on Thursday contracts with Corinth Pipeworks, part of Cenergy Holdings, to supply the pipes, and Greek gas contractor J&P AVAX, to build the gas link.
The project is co-financed by the European Union, whose competition regulators have cleared state...