The Euro Zone Budget Will Be Approximately EUR 17 Billion 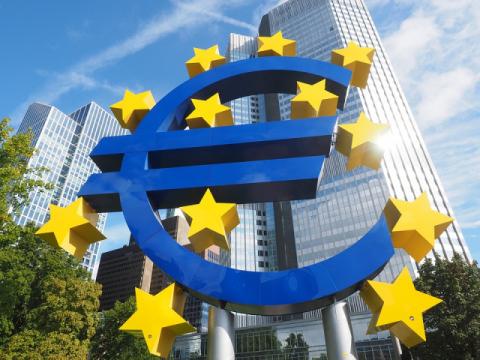 European finance ministers have agreed on the details of a relatively small investment and reform budget within the euro area, which will start operating in 2021.

The euro zone budget, known as the Budgetary Instrument for Convergence and Competitiveness (BICC), is expected to be finalized next year and start operating in 2021, Eurogroup President Mario Centeno said on Thursday.

"We have a new pillar to support the euro," Centeno told a news conference. after a meeting with euro zone's top banking supervisors.

The euro area budget will be around 17 billion euros. This is in line with the eurozone member states' share of the 25 billion euros proposed by the European Commission to support EU reforms.

Euro zone governments have also agreed that they can increase this size of the budget through an intergovernmental agreement, with details to be cleared before the start of the new long-term budgetary period for the European Union of 2021.

Countries will get back in the form of financing from the budget at least 70 percent of what they pay in. They will co-finance projected funded by the budget in 25 percent, KFGO reported.

The Eurogroup agreed that 80% of the money from the budget would be allocated using two criteria - population and inverse GDP per capita, while the other 20% could be used to respond to specific challenges of a Member State, such as support packages of reform and investment that are particularly ambitious.

The amount of funds provided by governments themselves for the euro area budget will be able to halve in difficult economic circumstances, determined by EU-wide budgetary rules.

Italy to Reopen its Borders with EU on June 3 WITHOUT Quarantine, Spain and France Considering Options

Portugal to take in 500 unaccompanied migrant children from Greek camps

The risk of opening schools from May 18