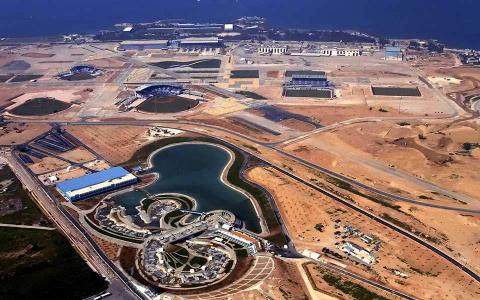 Greece's Lamda Development hopes to secure all the necessary licences to start a huge development of luxury homes and offices at a disused airport site in Athens early next year, its top executive said on Thursday.
The former Elliniko airport, a sprawling site of disused runways, terminals and venues used for the Athens 2004 Olympics, has been abandoned for almost two decades.
Lamda plans to turn it into a complex of luxury homes, hotels, offices, a yachting marina and a casino at a total cost of 8 billion euros ($8.8 billion), aiming to attract thousands more tourists and investors to the Greek capital.
The project, part of a post-bailout agreement between Greece and its lenders, has faced several hurdles in recent years. But the newly elected Conservative government has expedited plans, including a tender for a casino resort at the site.
"I believe when we go...