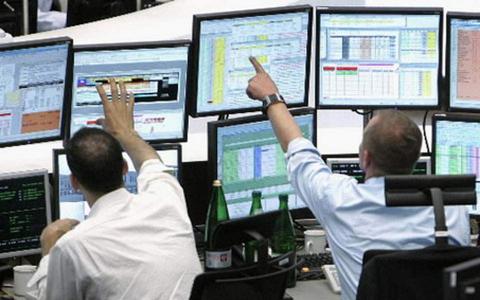 In what was seen as a clear sign that Greece is regaining the confidence of international markets, investors on Wednesday bought its short-term debt at a loss.
According to the Public Debt Management Agency, Greece sold 13-week treasury bills at a yield of -0.02 percent, raising 487.5 million euros.
The yield decline follows a trend observed in other European countries and comes on the heels of the European Central Bank trimming interest rates 0.1 percentage point to -0.5 percent in September.

The previous 13-week T-bill sale took place in August with a yield of 0.10 percent.
Buying debt at a loss means investors are willing to get back less than what they paid and that they are confident about the prospects of the Greek economy, as the 1.5 billion euros raised in Tuesday's reopening of Greece's 10-year bond with a record low yield of 1.5 percent also showed....

UN envoy in Cyprus to take temperature on reunification talks
When Troy fell Mycenaeans in Greece found out in a day! This is how (drone video)

A light at the end of the tunnel