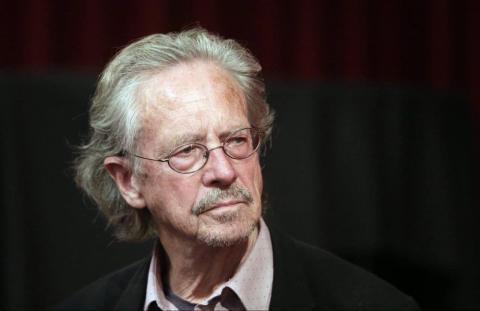 The decision to award this year's Nobel Prize for literature to Austrian author Peter Handke, alongside Polish novelist Olga Tokarczuk, has sparked angry reactions because of Handke's past support for Slobodan Milosevic's regime.

Kosovo's ambassador to the United States, Vlora Citaku, described the decision as "preposterous and shameful".

British historian and author Orlando Figes said he was "deeply shocked" that a "notorious apologist for the murderous regime of Slobodan Milosevic" had been awarded the Nobel Prize for Literature.

The Nobel committee said that for several decades, Handke had produced "influential work that with linguistic ingenuity has explored the periphery and the specificity of human experience".

He has written many novels, dramas, poetry and essays, worked on films, and collaborated with director Wim Wenders, for whom he co-wrote the screenplay for 'Wings of Desire'.

During his trial for genocide & war crimes, Milošević asked that Peter Handke act as a defence witness & at his funeral, Handke delivered a eulogy in which he described himself as "close to Yugoslavia, close to Serbia & close to Slobodan Milosevic." #NobelPrize #NobelPrize2019 https://t.co/JXIIgq7GUi

This is the winner of the Nobel Prize for Literature, Peter Handke - speaking in Slobodan Milosevic's funeral. What in the world was the Swedish Nobel Committee thinking? Protests will come. pic.twitter.com/zcbSWObWV2

But his sympathy for Serbia during the war years under Milosevic's regime has long been a source of controversy.

Why Serbian Media Scorned a Peace Message from Srebrenica