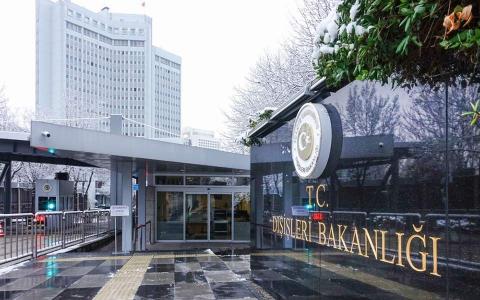 Turkey has criticized a joint statement issued by Greece, Cyprus and Egypt in Cairo Tuesday, saying it contains "baseless claims" against Ankara.
The three countries urged Turkey to "end its provocative actions" in the Eastern Mediterranean, including exploring for oil in Cyprus' territorial waters, which they called "a breach of international law."
In a statement released Wednesday, the Turkish Foreign Ministry criticized the joint declaration of "containing baseless claims against our country, has no meaning and value."
"This declaration is the latest example of how the Greek/Greek Cypriot duo involves regional countries and instrumentalizes them into their maximalist and intransigent national policies at the expense of international law," the statement said.
"The Cyprus issue will remain unsettled as long as the Greek/Greek Cypriot duo's mindset prevails...