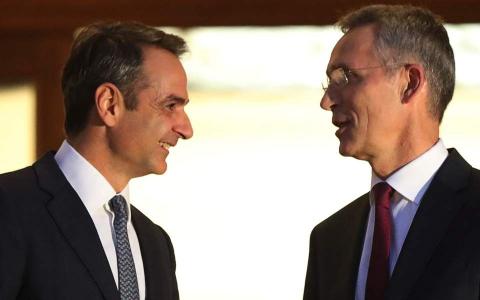 NATO expects Turkey to show restraint in its military operations in northern Syria, Secretary General Jens Stoltenberg said on Thursday.
"I count on Turkey to show restraint and to ensure that their actions in northern Syria are measured and proportionate and avoid even more human suffering," Stoltenberg told journalists after meeting Greek Prime Minister Kyriakos Mitsotakis in Athens.
"We have to remember that we need to continue to stand together in our common fight against the common enemy, which is ISIS," Stoltenberg said, referring to Islamic State.
He said a global coalition had made "enormous progress" in the fight against Islamic State, with swathes of territory the size of the United Kingdom being liberated from the group.
"We must make sure we preserve those gains," he said.
Asked about drilling operations off Cyprus, Stoltenberg said he expects...