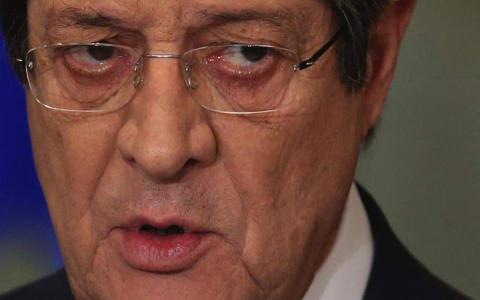 Cyprus President Nicos Anastasiades has described the Turkish military offensive in Syria as "unlawful and arbitrary."
According to Cyprus News Agency, Anastasiades said the military campaign, dubbed by the Turks Operation Peace Spring, was "just another unlawful act, an arbitrary step towards serving Turkish interests."
"This is just another unacceptable and arbitrary act by Turkey, which is condemned at least by our family, the EU, and I do not believe it is justified in any way," Anastasiades told CNA.
Turkish President Recep Tayyip Erdogan had said earlier that Operation Peace Spring aimed to eliminate threats from the Syrian Kurdish YPG militia and the Islamic State militants, and enable the return of Syrian refugees in Turkey after the formation of a "safe zone" in the area.
"Our mission is to prevent the creation of a terror corridor across our southern...