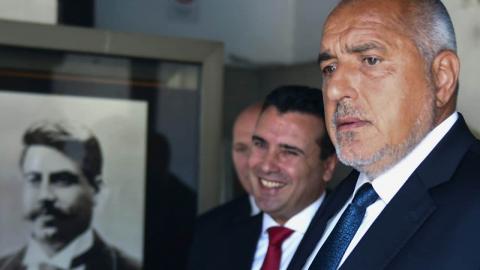 Historians, political science experts, clerics, journalists, sociologists, economists and other prominent intellectuals from Bulgaria and North Macedonia have expressed "disappointment and deep concern" about the document issued by the Bulgarian government listing its various demands of North Macedonia.

The intellectuals say its communist-style tone and stiff demands threaten to jeopardise recently improved relations between the two neighbouring countries. "We consider this return to the language of national communism absolutely unacceptable," the declaration signed on social networks by more than 100 people says.

They spoke out after Bulgarian government and parliament on Thursday said Sofia would support giving North Macedonia and Albania a start date for EU accession negotiations at the European Council meeting slated for October 17. But at the same time, they adopted a "framework position" that lists more than 20 demands - and gives a timetable for North Macedonia to fulfil them - during the accession talks.

Most notably, Bulgaria insists that North Macedonia must give up any claim about the existence of a Macedonian minority in Bulgaria, must remove the term "Bulgarian Fascist Occupator" from all World War II memorials, start rooting out former Yugoslav secret police informants who allegedly harmed Bulgarians in Macedonia during the Yugoslav era, and settle on the nationality of Ottoman-era historic figures celebrated as heroes in both countries.

Bulgaria also advises the EU to avoid using the term "Macedonian language" during the accession talks, and instead use the term "Official language of Republic of North Macedonia", so reiterating its claim that the Macedonia language is just a dialect of Bulgarian.