New US Envoys are Bad News for Serbia 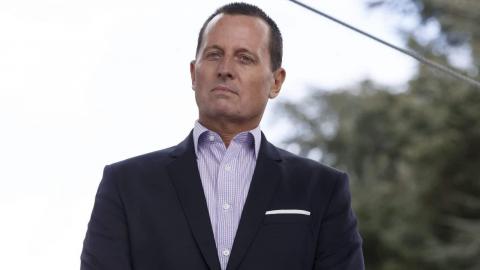 But Serbia stands to gain little, and could even lose a lot. Its potential gains from a US-led resolution of the conflict can be summed up succinctly: warm words from Europe and the hope of accelerated talks on EU membership.

But how accelerated? With France opposed to any further broadening of the EU until it is made deeper first, Serbia's chances of joining the EU within the next ten years still remain dim, whatever it does on Kosovo. EU flattery in the meantime is not worth much, nor is it politically bankable.

Serbian voters will not reward President Vucic and his Progressive Party for making concessions over Kosovo. Fierce opposition to the former province's independence is an essential part of the political glue holding the ruling party and its voting body together.

Weakness over Kosovo would break up Vucic's electorate, exposing him and the Progressives to a ferocious assault from revived nationalists and the influential Orthodox Church. In response, Vucic would be thrown back onto an alliance with liberals he neither trusts nor agrees with.

Abroad, the all-important alliance with Russia would also be put at risk. Moscow has no problems with an ally like Serbia joining the EU, and becoming an advocate for Moscow inside the club.

But it would not bless any Serbian rapprochement with Kosovo, given that it is the Kosovo issue that has enabled Russia to wedge itself once again in Balkan affairs - posing as Serbia's great diplomatic protector. Without Kosovo, Serbia would be a lot less dependent on the Kremlin than it is now. It's hard to see what Russia stands to gain from that.

There is another reason why Serbia sees few benefits from winding up...